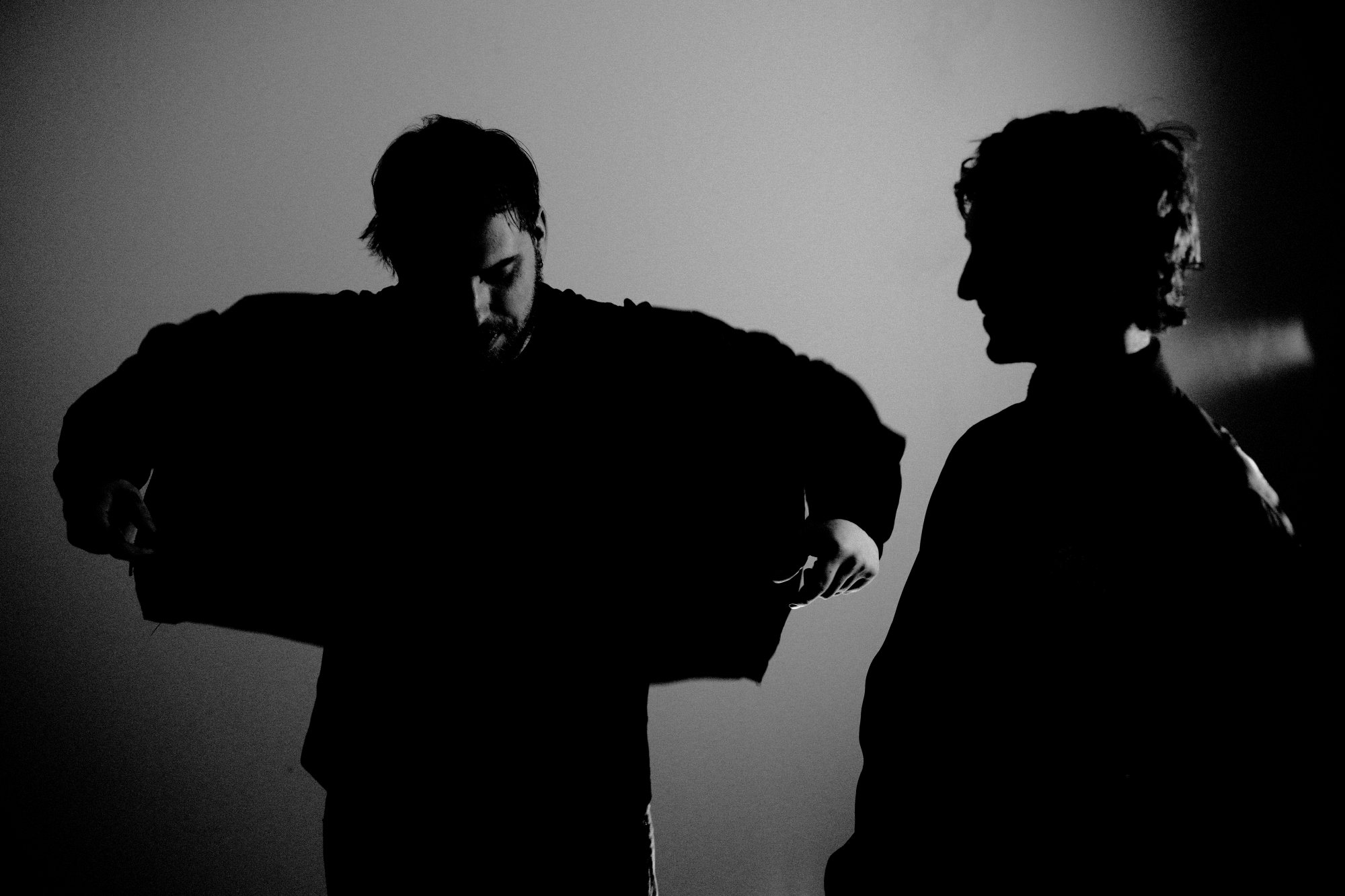 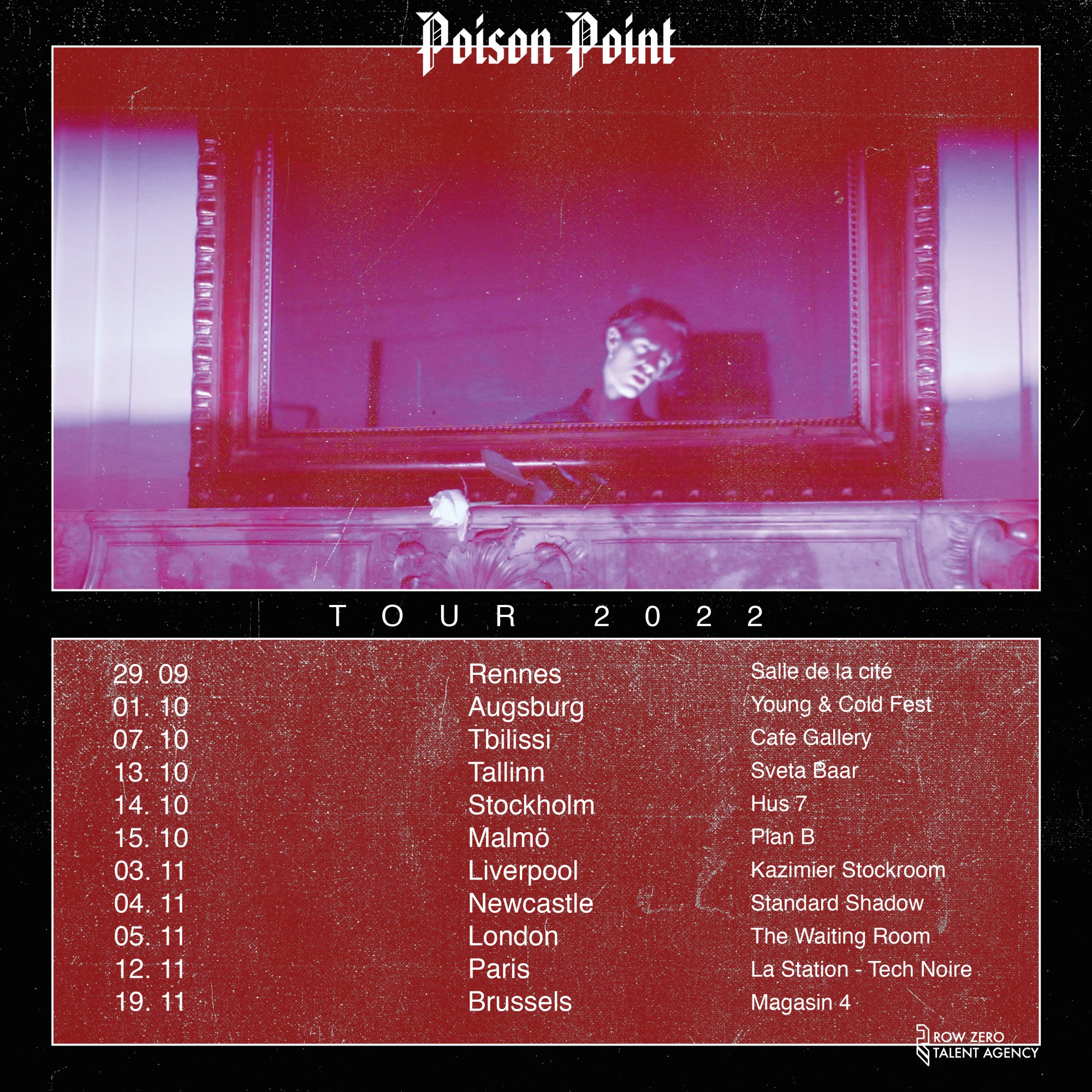 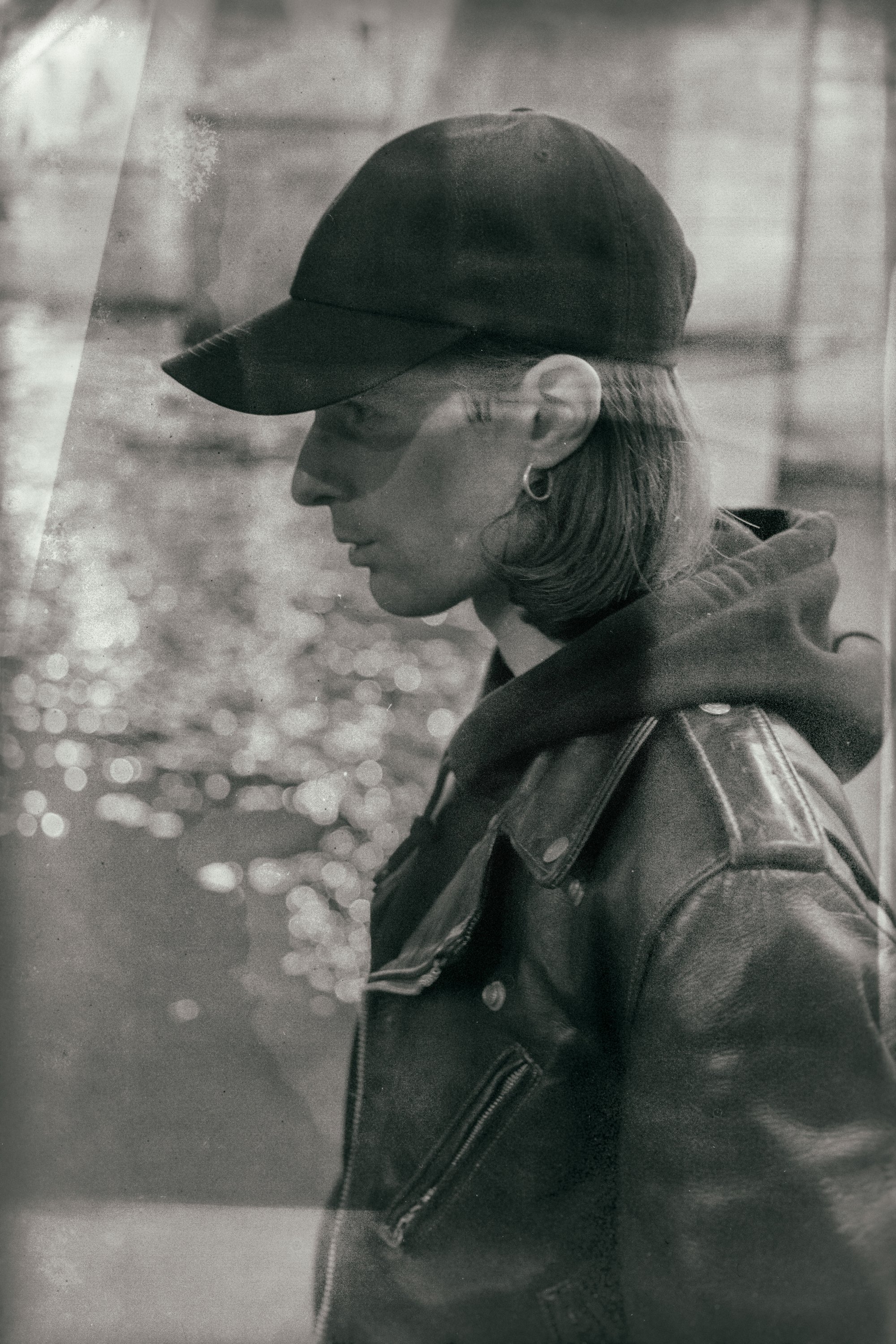 Poison Point started as a solo project operated by Timothée Gainet. It features screaming synths hammered by a frantic drum machine, topped by Tim's echoed vocal to rule over the dance floor fog. The debut album “Motorpsychold” released in 2016 was deeply influenced by post-punk and minimal synth. Later on this year, He was joined by Arnaud Derochefort on keyboards and programming and the sound of the project turned to look even more to electronic music. The band shared the stage with bands such as Adult (US), Qual (UK), Drab Majesty (US), Xeno & Oakland (US), Die Selektion (GER), Rendez-Vous (FR) Silent Servant (US) In 2017, the duo return with a throbbing vengeance and waste no time in forcing you to the blackened dance floor. The humming menace of a six string looms in the distance as Gainet’s vocal, aided by a pulsing synth laced backed beat drives « Imaginary Veil » straight to the hips. They signed in November 2018 on the Berlin based label Aufnahme + Wiedergabe and released the record « Bestiensäule » an EBM banger with a coldwave  mood fueled by a taste of techno. Before taking a long break the duo released « Oblivion » and « Your Are The Clock », two new tracks on the Parisian label Intervision alongside four remixes from Qual, Sydney Valette, Blind Delon and IV Horsemen. Which confirmed their affinity with EBM and techno music still in a very melancholic mood so specific to their post-punk roots.
»
MONOLITHE NOIR (BE) (Electronica / Drone) 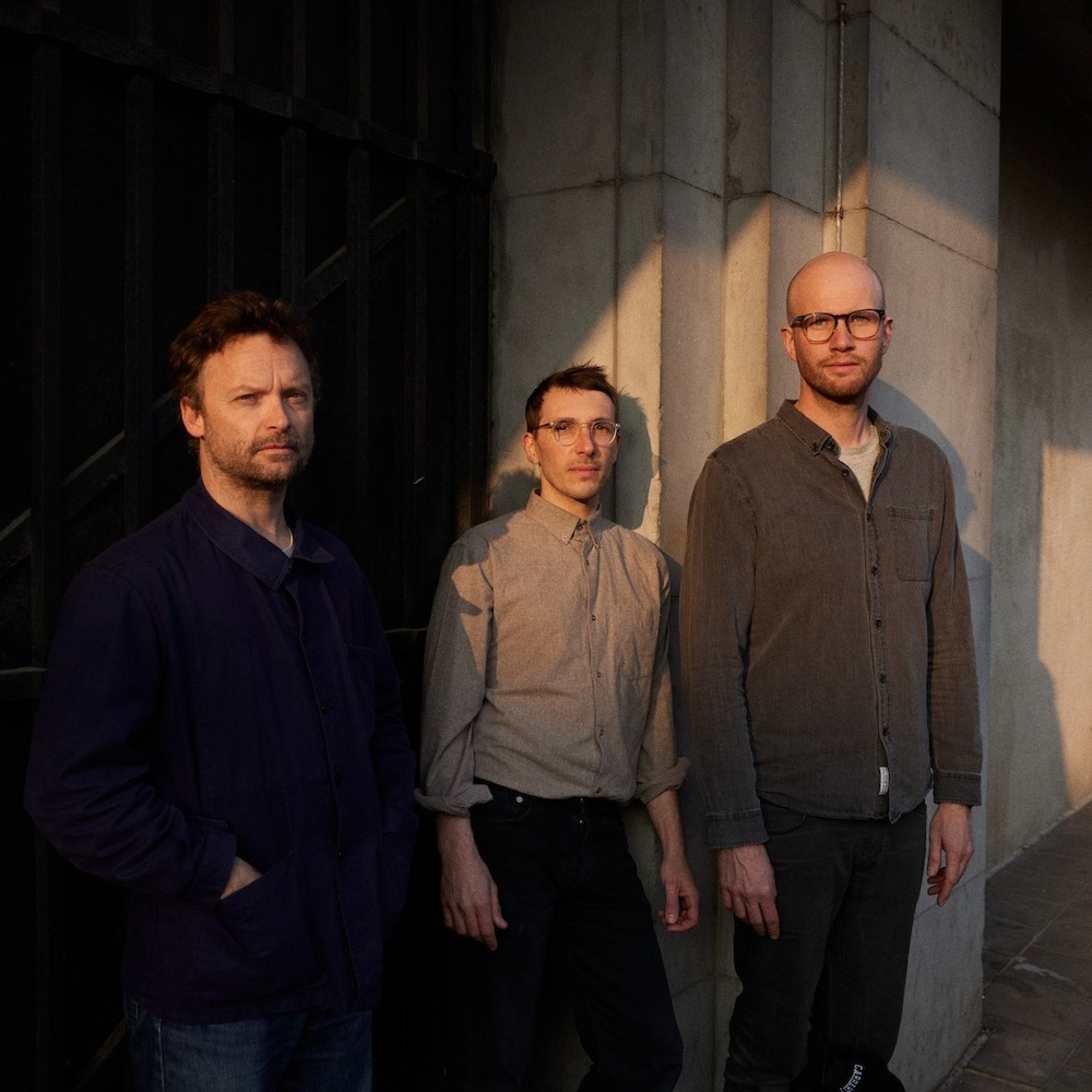