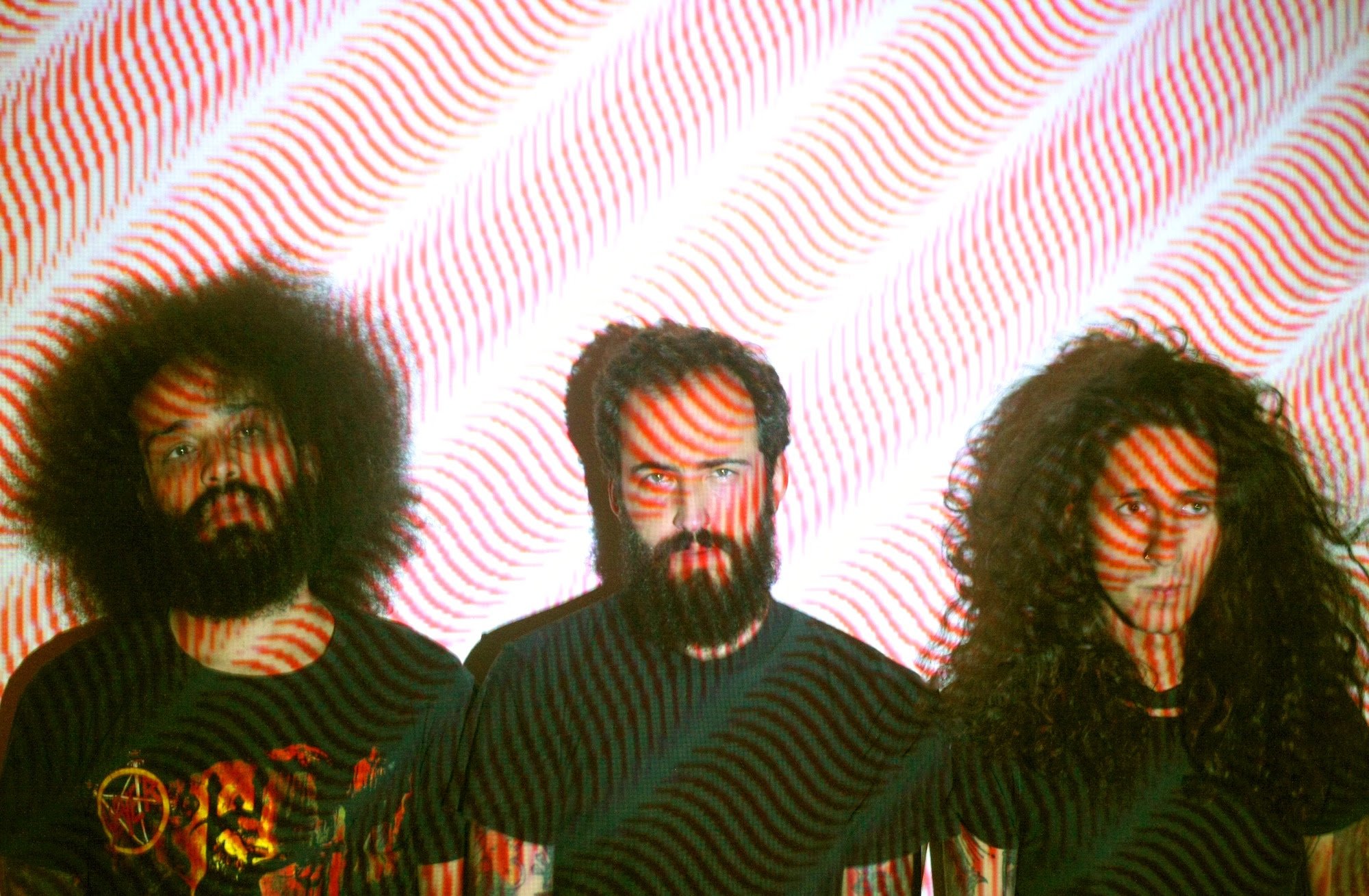 DEAFKIDS’ “Configuração Do Lamento” is an untamed release, happy to juxtapose monolithic drone riffage with frantic polyrhythmic detours, the band citing the syncopated beats of African drums as a major influence. It is a guttural, scorched mutation of psychedelia, that similar intent of frying the listener’s perception, while void of anything approaching earthy wistfulness, wholly fluid in nature, paying no heed to any musical expectations other than the creators own internal logic. A bombardment of clanging percussion sits below relentless guitar battering, and a whole host of electronic tamperings, effects which in practice manage to further confound the proceedings. Using the term psychedelic in the absolute loosest sense is apt, as the band claims that “non-genre genres” are a chief source of inspiration, referencing anything from their own background in punk, right the way through to spiritual jazz, practically any form which allows the artist to experiment with the utter extremes of musical expression. Brazil’s DEAFKIDS are one of those bands buoyed by a mystic kind of momentum, a ceaselessness whose source lies in some vital, but unknown spring. Their music is a glorious cacophony, a mixture of pummelling Gnod-esque cataclysms and the traditional sounds of their native Brazil and Latin America; it’s a brutal blend of hardcore punk, metal, experimental noise, and a pumping rhythmic vein with its roots in African and Indian polyrhythm.
THE QUIETUS The act of venturing away from genre restrictions is by no means guaranteed to bring out the best in a hardcore band, but when it comes off it can be exhilarating. The second album by Brazilian trio DEAFKIDS is a fine example of expanded horizons done right.
THE WIRE

One german, one argentinian and one turk goes to a bar in Belgium. Rock n'noise from Bruxelles