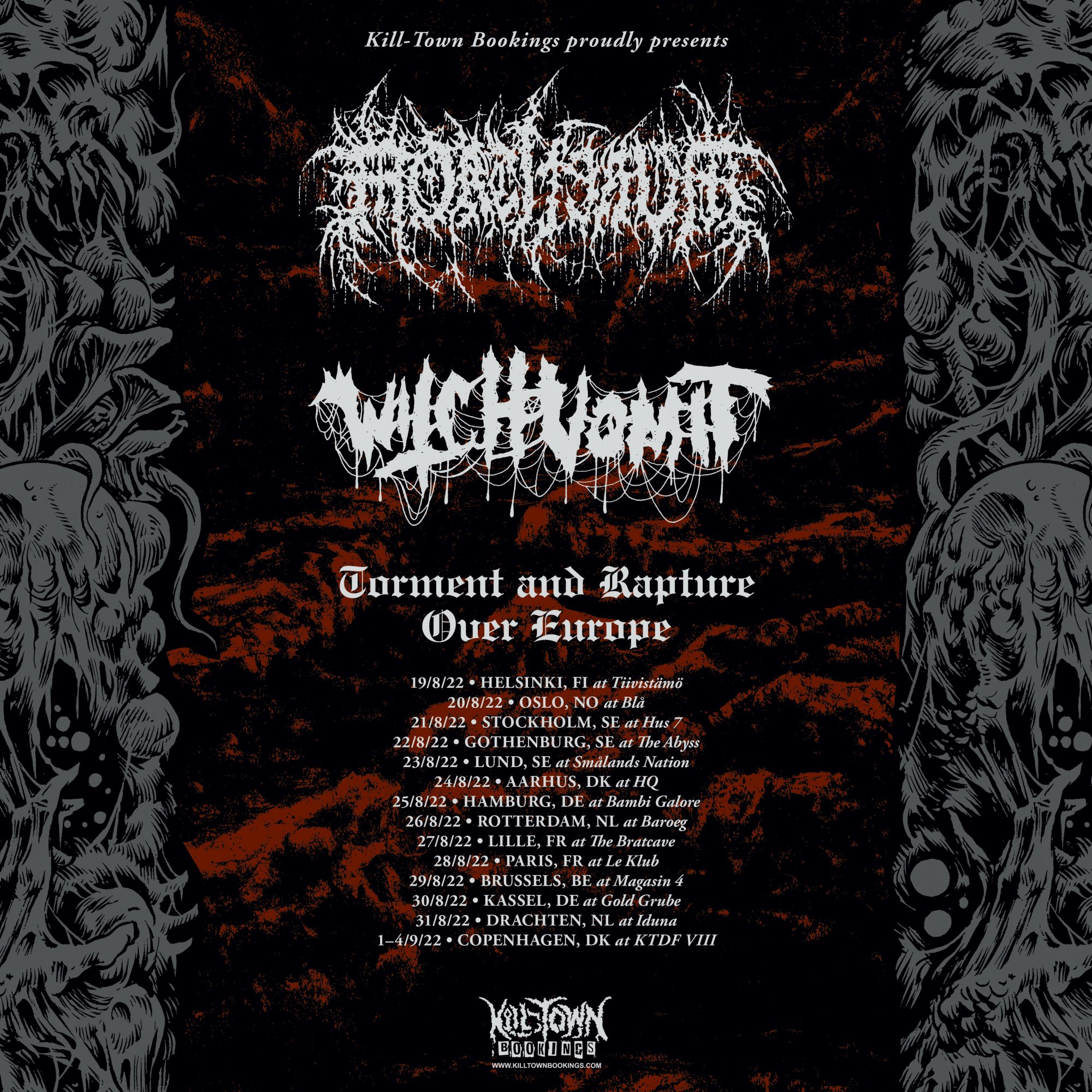 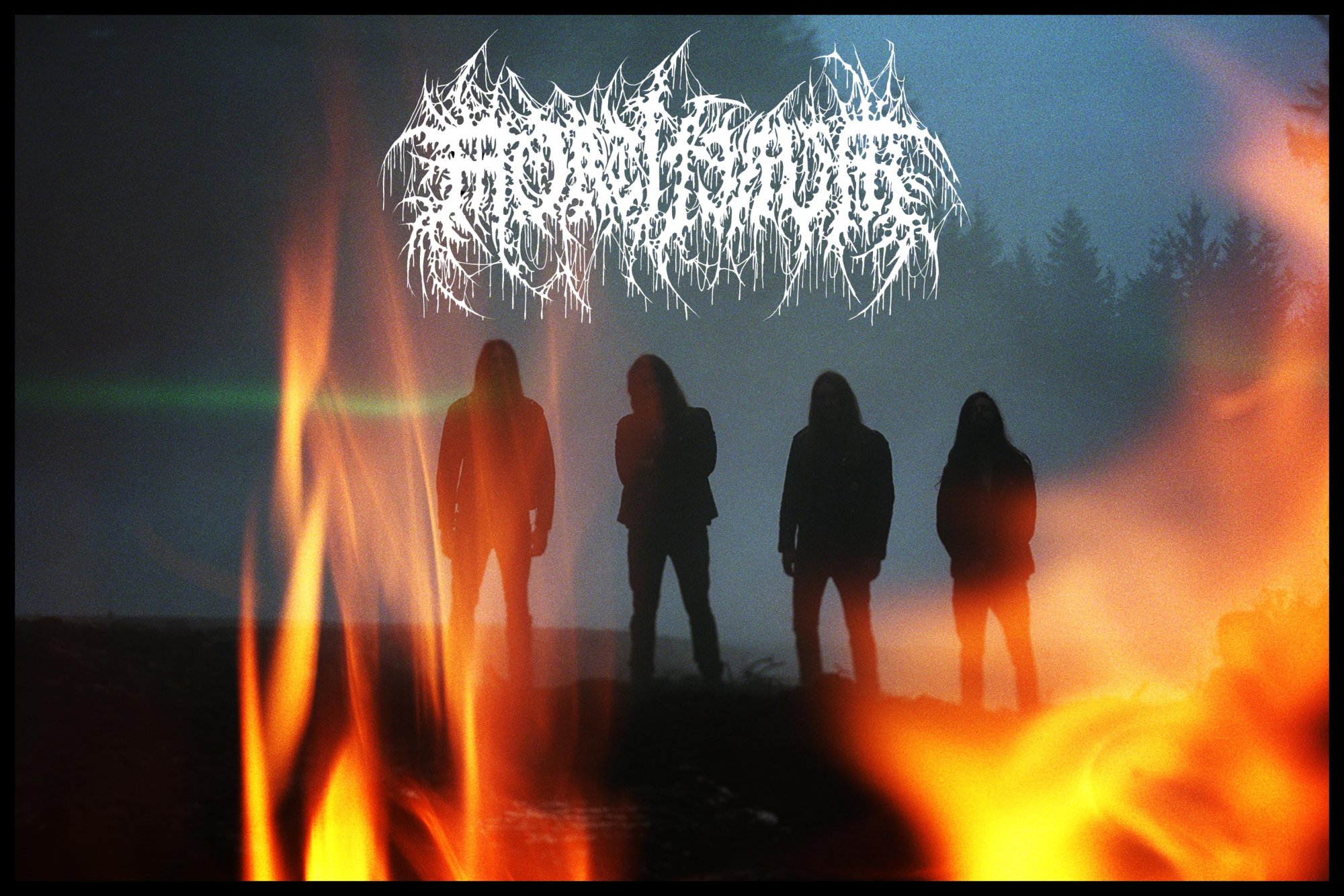 Hailing from Olympia WA, Mortiferum was formed by Max Bowman (guitars, vocals), Chase Slaker (guitars), and Alex Mody (drums, vocals). Their various bands (Bone Sickness, Ēōs) had played shows together regularly in the local scene as the members shared a mutual interest in Finnish and American death metal, and had a similar vision for the music they wanted to play. In 2016, after several failed attempts to get a band going, the members got together and wrote the songs that became the first demo “Altar of Decay”. They enlisted the help of Dan Fried (Triumvir Foul, Anhedonist) to fill in on bass, and recorded “Altar of Decay” in Mody’s garage. Tracking guitars and drums live in their own space, with part-time keyboard player Ethan Camp as the engineer, Mortiferum were able to capture the songs in their most visceral form. Shortly afterward, Mortiferum recruited Tony Wolfe as their full time bassist. The demo was released by the band themselves and furthermore assisted by an LP release from Profound Lore Records and on cassette by Graceless Records in the US and Extremely Rotten Productions in Europe. Within a year of the release of “Altar of Decay”, Mortiferum embarked on tours with Spectral Voice, Hyperdontia, and Fetid, made numerous fest appearances including the Killtown Death Fest - The Resurrection and finally recorded and released their debut full length, “Disgorged From Psychotic Depths”. Profound Lore writes “Mortiferum follow-up their lauded 2017 Altar Of Decay demo with their debut LP, Disgorged From Psychotic Depths. With the recognition the band received from within the death metal underground through their demo alongside consistent touring and nonstop live activity, Mortiferum had already brought awareness upon themselves as one of the more notable and promising new US death metal bands today. With Disgorged From Psychotic Depths, the monstrous offering Mortiferum have spewed forth crawls as an anguished slab of death doom filth of the most wretched order. Dark and foreboding through monolithic brutal crestfallen riffs and malformed dissonant rhythmic rumblings, Disgorged From Psychotic Depths is a towering and dreadful benefaction of atmospheric imposing death metal ruin and depravity reeking of the stench of the early ‘90s American and Finnish death metal scenes.”
»
WITCH VOMIT (US) (Death Metal / Metal / Doom) 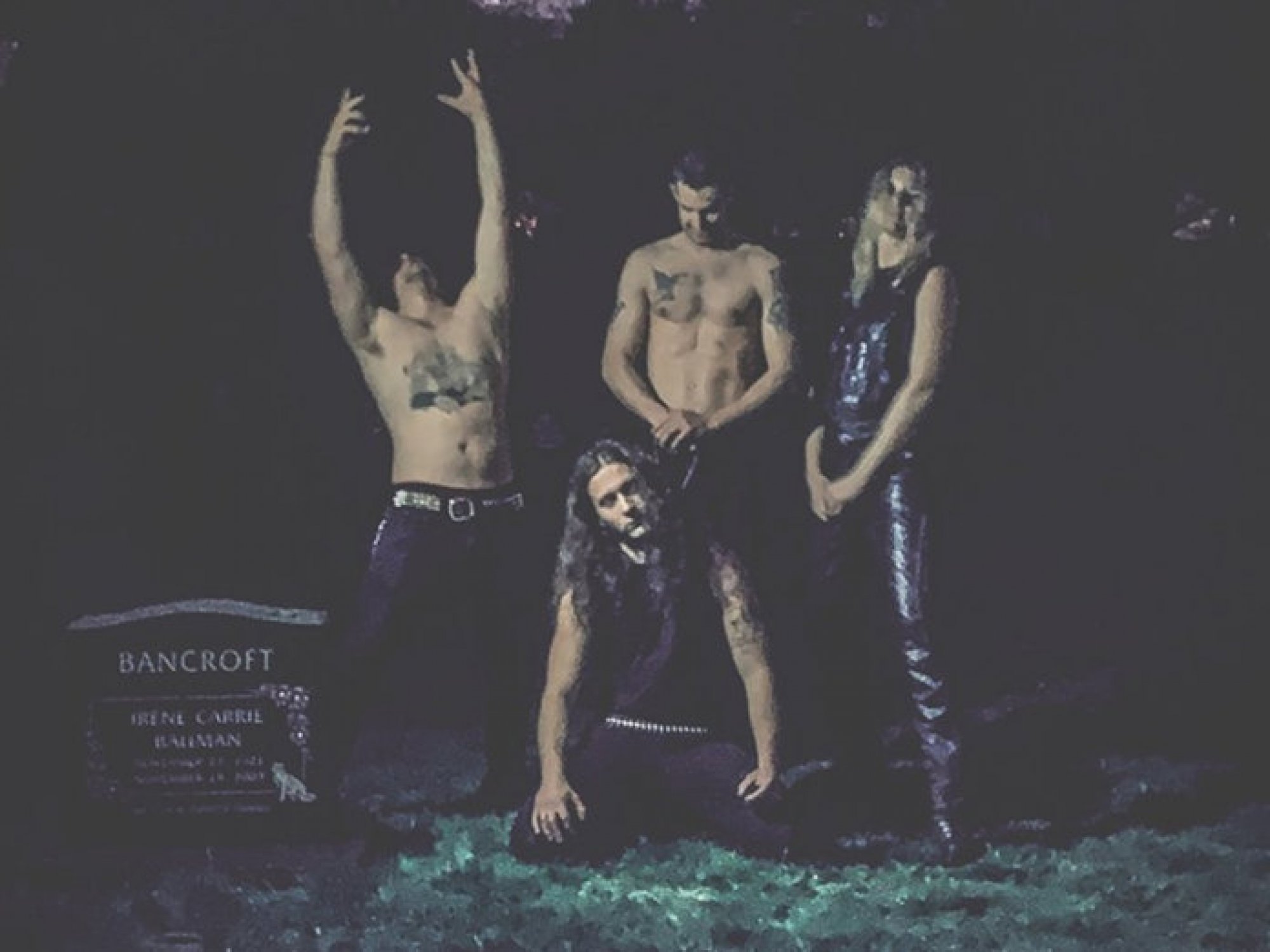 Formed in 2012 by Tempter and Filth, Witch Vomit plays dark death metal in the American tradition with elements of Scandinavian evil and ancient doom metal. With four studio releases in the past five years the band has grown from a primitive two piece project into a powerful death metal quartet that “serves up raw yet atmospheric soundscapes of horror.” The band’s most recent release “Buried Deep in a Bottomless Grave “ was released in August of 2019 through 20 Buck Spin and has been described as
“An endless hole, dug by a band at its prime. It's focused, well produced and to the point. It manages to keep genre's early spirit alive, while adding modern old school aesthetics that makes it relevant, contemporary, and most certainly one of the most interesting death metal albums of 2019.” Witch Vomit scarcely leaves the Northwestern graveyard for live appearances. This will be Witch Vomits first European appearance, the tomb is open and it awaits you.....