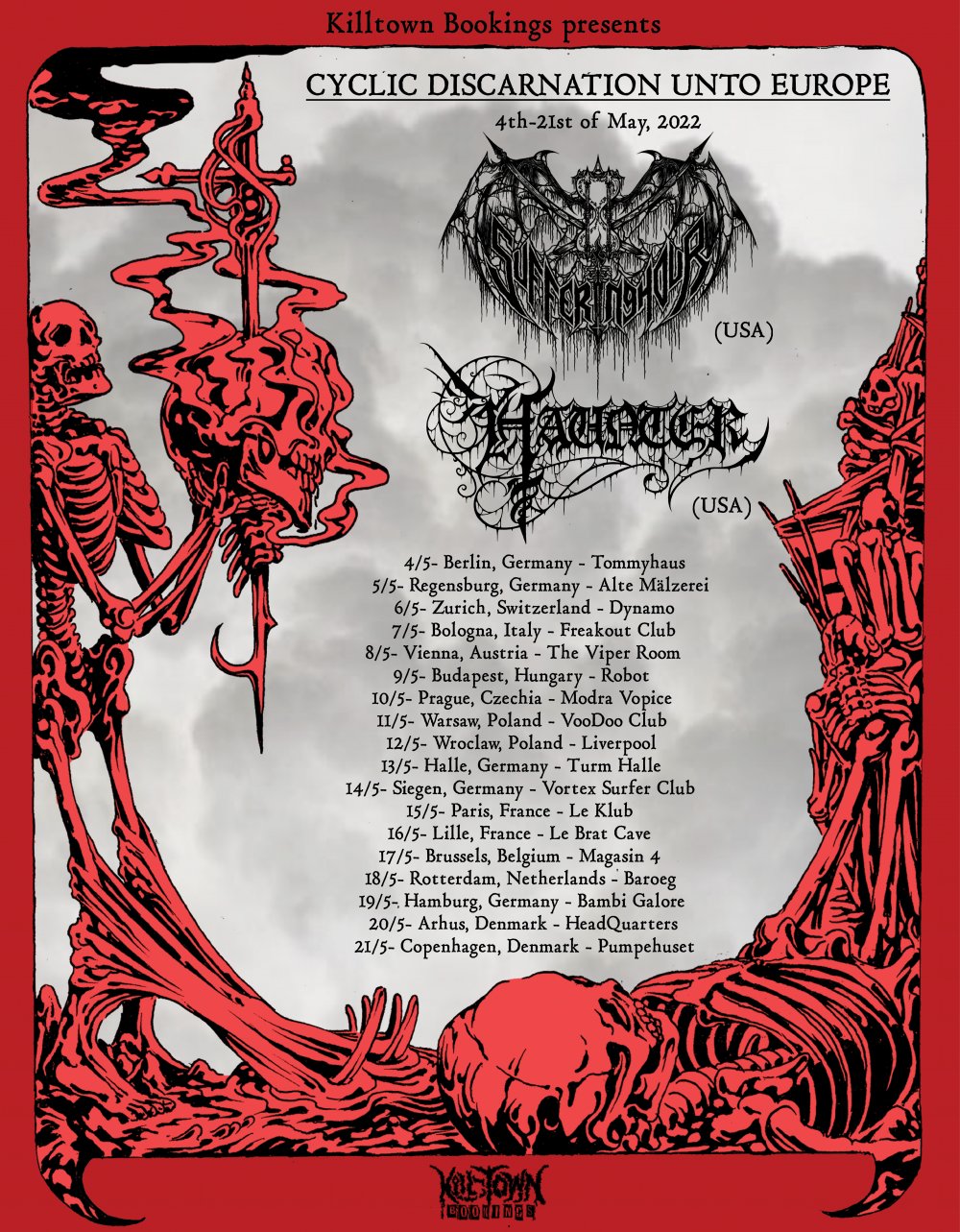 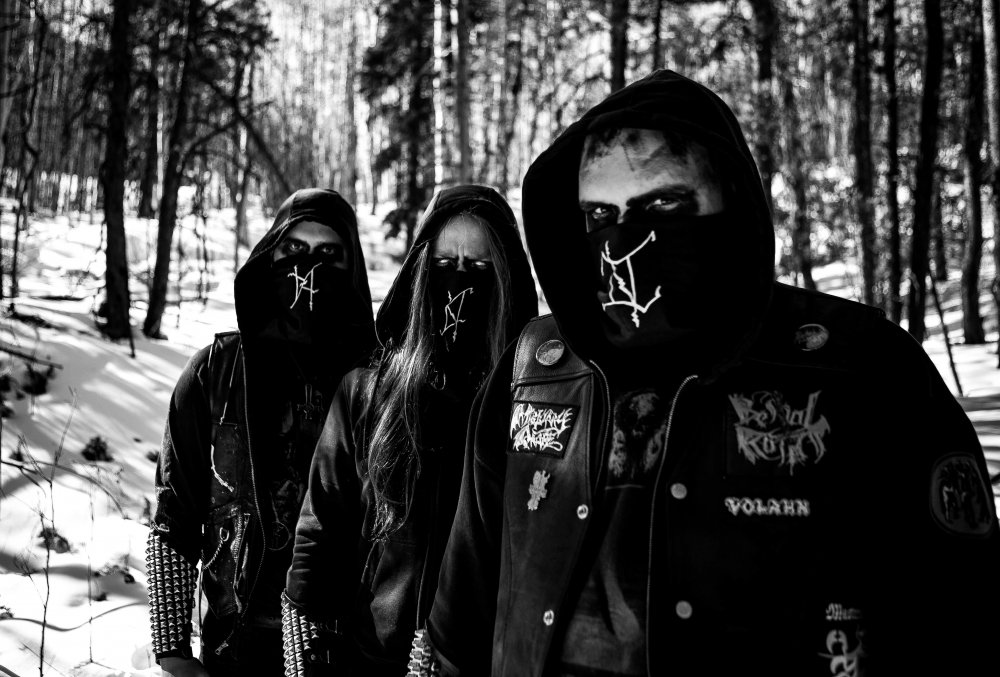 Suffering Hour are a blackened death metal band from Forest Lake, Minnesota. Forming under a different name as a tech-thrash band in 2010, the band carried their sense of manic chaos and old-school structure into the world of cosmic black death. Their unique sound garnered high acclaim with their 2017 debut record In Passing Ascension, a guitar-driven slab of nihilistic savagery. This sound was then further explored on their 2019 EP Dwell, a single 18 minute track proving their unrelenting songwriting prowess. The band has since played numerous shows and fests across the globe, most notably: Maryland Deathfest, Covenant Montreal/Vancouver and Killtown Deathfest, plus a European tour with Malthusian and a U.S. run with Sinmara.
Now the band prepares to release their second full length effort, The Cyclic Reckoning. At 45 minutes in length spanning 5 songs, this record showcases the band firing on all cylinders. The music on this album is more representative of Suffering Hour as a whole than it ever was on past material, with every member making their presence more known than ever. This record also features the band sacrificing some of their technicality and chaos in favor of more atmospheric passages, as the band envisioned this record to be an unhindered display of negative emotion, seething or sombre. Based around themes of awakening, obsessions, and mental anguish, this is a natural continuation of everything that encompasses the band's ideas on life, death and beyond.
»
HAUNTER (US) (Black Metal / Death Metal) 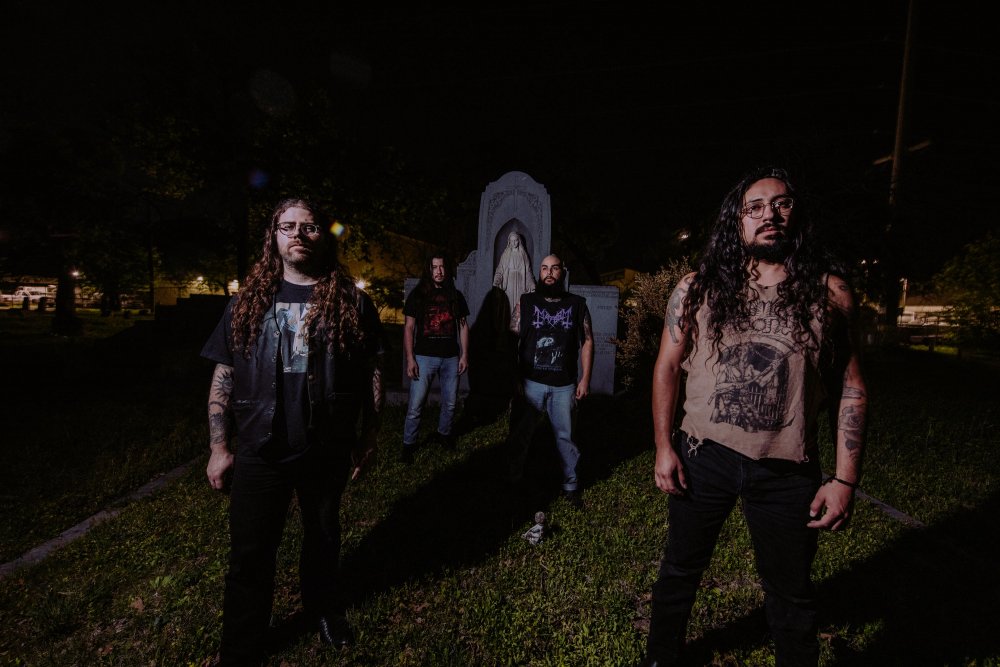 Haunter is a black and death metal band from Texas and Oregon. The band has chiseled away at their sound for the past 8 years and present some of the most forward thinking death metal and dizzying black metal amongst their contemporaries. Their first full length Thrinodia garnered acclaim throughout the black metal underground. From this point they would inject heavier death metal writing into the following three splits with Crawl, Black Vice, and Sovereign. In 2019, their second full length album Sacramental Death Qualia was critically acclaimed earning it the #1 metal album of the year for Stereogum. The band has toured extensively throughout continental North America including 5 US tours, 1 Canadian stint, and a tour south of the border to Mexico with labelmates Wayfarer.   With a recent signing to Profound Lore Records, the band is preparing to release their third LP. The as-of-yet untitled release is a swirling maelstrom of the heaviest, fastest, and most technical sides of Haunter not to be missed in a live setting.
»
OATH OKRANA (BE) (Black Metal) 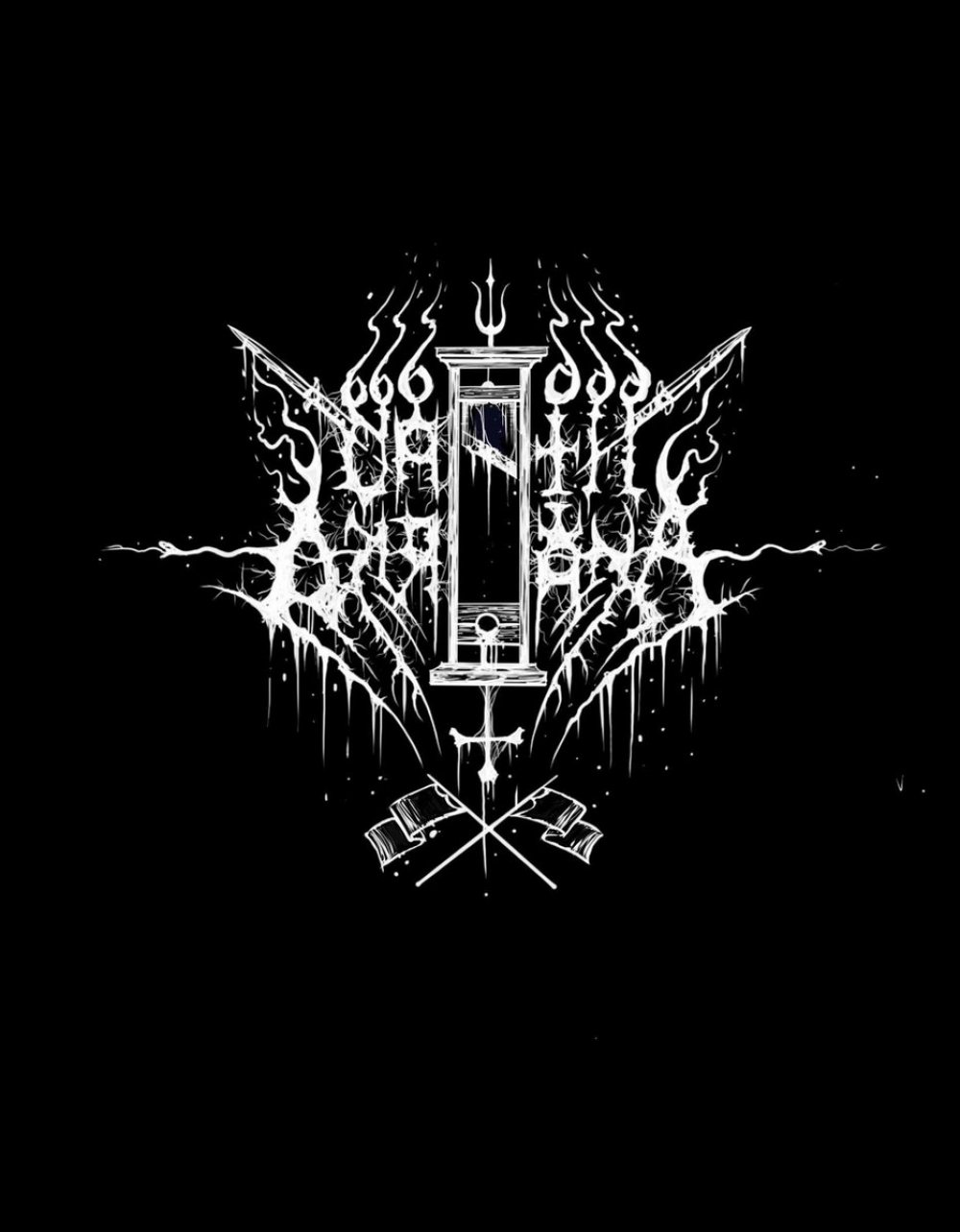