"Unsane ATX performing early cuts" since the set and general sound will focus a lot on the early noise rock sound of the band. 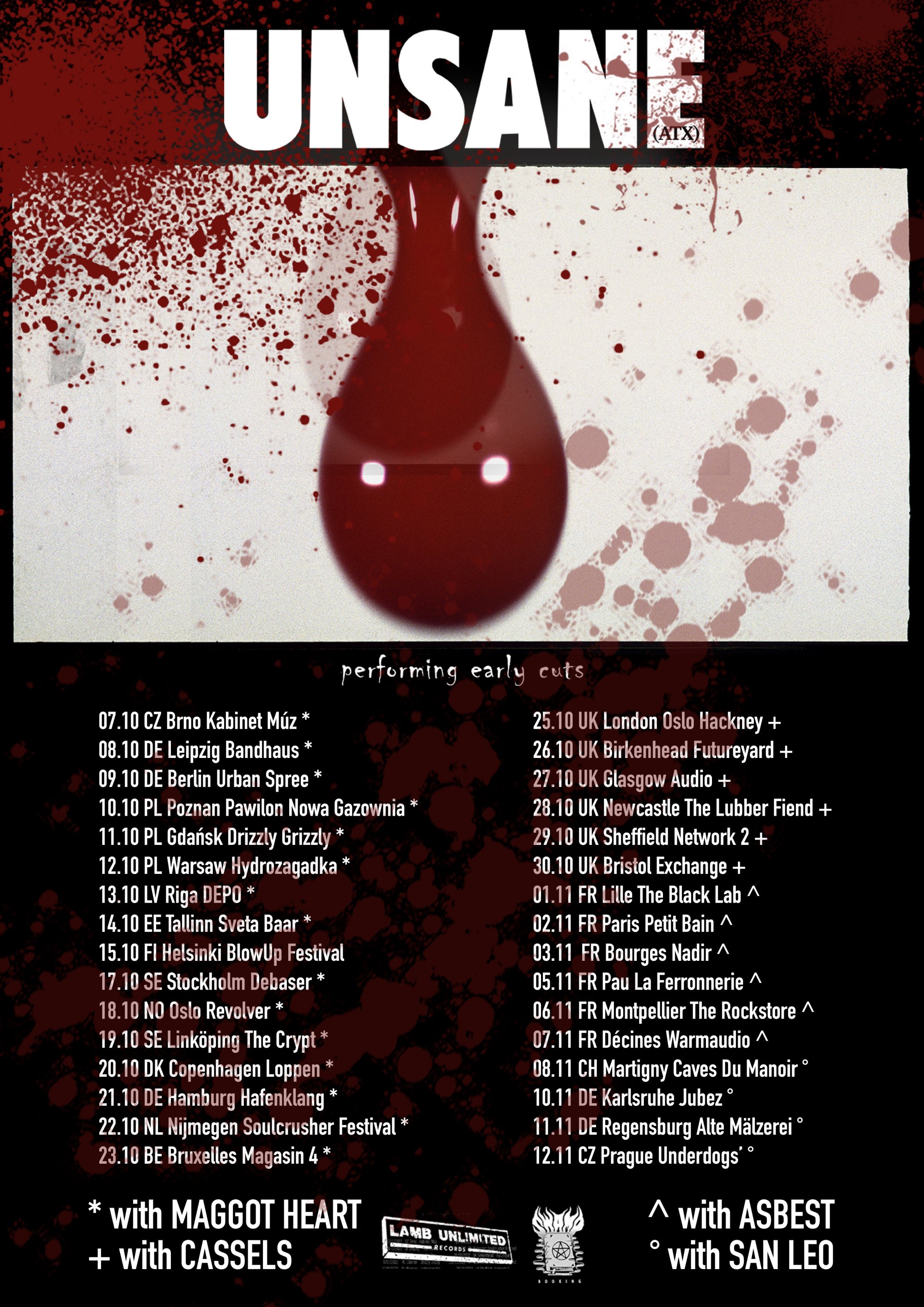 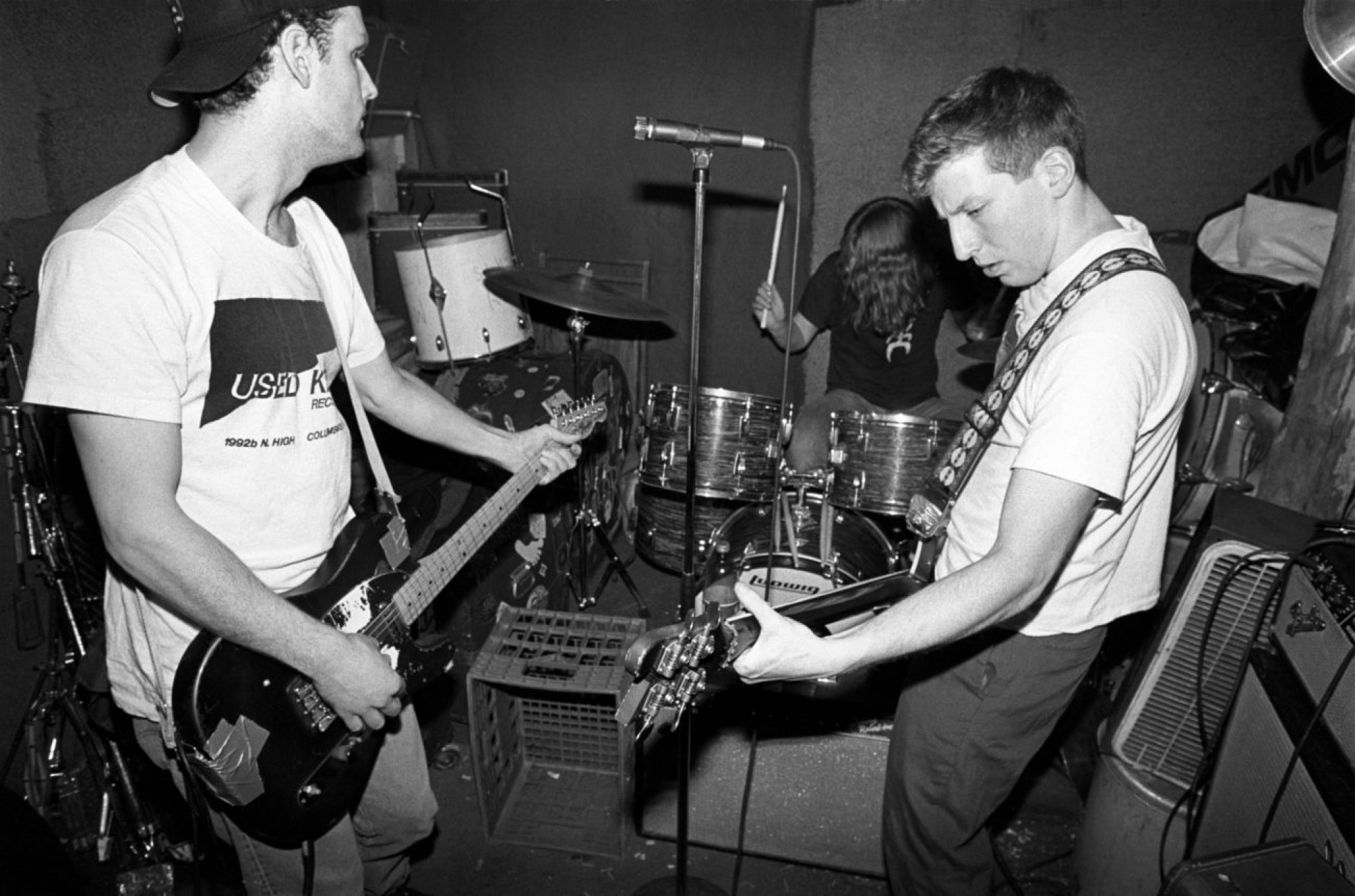 Unsane are back with a new lineup and at Swamp we cannot be more excited. Unsane founding member, guitarist and vocalist Chris Spencer has also announced the launch of his own label Lamb Unlimited as a means to make the majority of the Unsane catalogue and other associated projects available under the same roof. Performances will focus especially on the historical Matador Records years, and early material from the first Lamb Unlimited release “Improvised Munitions”. As Chris Spencer explains: “Improvised Munitions was recorded for Circuit Records in 1989, we thought it was our big break as Circuit was putting out up and coming bands like Cop Shoot Cop and Surgery. We gave the tapes to Ernie, the guy that ran Circuit, and following our approval of the test pressings Ernie disappeared. We were soon to learn that Ernie had a massive coke habit and had owed some drug dealers a shit ton of bucks. At the time, this was a huge let down. We (Unsane) managed to use a couple of tracks for singles, but while on tour my junky roommates stole all of my original early Unsane 7″ vinyls and the Circuit test pressing. The original Circuit record now seemed gone forever. We re-recorded some of the tracks to put on the first full length for Matador and soldiered on with non-stop touring. Years went by, and then I heard a rumor that someone actually had a copy of the test pressing. More than likely the one that my drug addled roommates had taken. Multiple leads led to a NYC collector (Jordan Mamone, thanks!) who had bought it at a used record store on the Lower East Side back in the day, and still had it in great condition. For me, it was crazy to hear it after all this time. We were able to transfer the vinyl and remaster it, and as hard as it is for me to believe, we will actually be able to get the record out.” The Lamb Unlimited version also has four additional racks of super early Unsane demo material that Chris Spencer would use to go around to clubs like CBGB’s (see below), ABC No Rio and the Pyramid to try to get shows with. Intended for long-time followers of the band, this represents the very beginning of Unsane. Later in 2021, additional vinyl releases will begin chronologically, with the self-titled Matador album being the 2nd vinyl release, and the singles collection to follow. Chris Spencer currently leads Human Impact, who record for Ipecac Records, and features Jim Coleman (Cop Shoot Cop), Phil Puleo (Cop Shoot Cop & Swans) and Christopher Pravdica (Swans &The Gunga Din). On October 9th, 2020 many Unsane (and Cutthroats 9) albums were made available digitally for the first time ever by Lamb Ulimited. The label is made possible with the help of Virtual Label and Leafy Green Management.
»
MAGGOT HEART (DE) (Hard Rock / Punk) 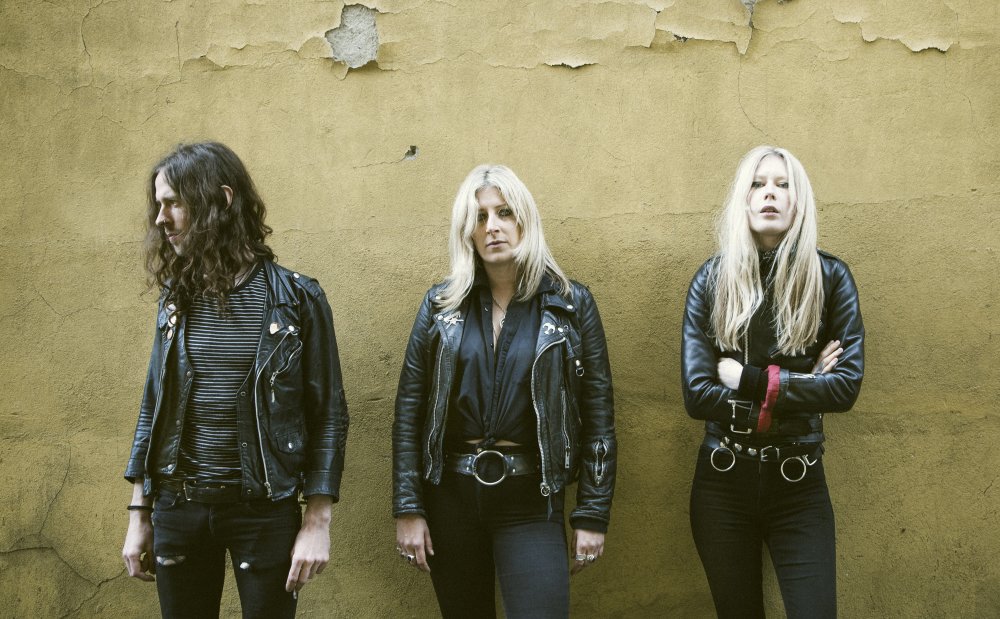 MAGGOT HEART is the brainchild of Swedish guitarist, vocalist and songwriter Linnéa Olsson (ex-GRAVE PLEASURES, ex-THE OATH). Completed by bassist Olivia Airey and drummer Uno Bruniusson (ex-IN SOLITUDE, ex-GRAVE PLEASURES and more), MAGGOT HEART has become a much talked-about force in the rock scene with their extensive touring (alongside bands like EARTHLESS and VOIVOD), cross-over hard rock sound, and punk ethos.   Formed by expats in Berlin - MAGGOT HEART made a stir in the underground with the debut EP City Girls (Teratology Sound & Vision, 2017). The first full-length album Dusk to Dusk (2018) earned the band a P3 Guld nomination in Sweden for “Best rock/metal album of the year”, and was the catalyst for an intense touring period that saw Linnea and her band on stages all over Europe and North America, including a headline run of Mexico and appearances at festivals such as Hoco Fest (Texas) and Roadburn (Netherlands).   Often collaborating with multi-instrumentalist Gottfrid Ahman (ex-IN SOLITUDE) and award-winning producer Martin “Konie” Ehrencrona (VIAGRA BOYS, OBLITERATION etc), MAGGOT HEART is the world seen through the multi-destructional lense of Olsson’s songwriting - which reached new heights on the much celebrated second album Mercy Machine (2020). Known for Olsson’s jarring, jangly to-the-point style of guitar playing and intense live presence, the band is also a testament to the possibility of independence in the music industry. In 2020 she co-founded her own label Rapid Eye Records - a natural step for a musician who has proudly done things her way for well over a decade.   The city as a throbbing organism is one of the fundamental themes of MAGGOT HEART. On Mercy Machine, the machinery of night runs on the steam of many bodies. Locked inside a prison of flesh the spirit will not soar, only in unity with the body can divine alchemy be achieved. It is a devastating album about sex, death and the pursuit of freedom. The band is often compared to such diverse acts as SONIC YOUTH, THE STOOGES, KILLING JOKE and VOIVOD, with earworm melodies and raw aggression.    In April 2021 the band was invited for an exclusive, filmed live set for the digital edition of the institution that is Roadburn Festival. Later in the year, they returned with three new songs on a split EP with the Norwegian band OKKULTOKRATI, and had two older songs featured in the Swedish crime drama series “Dough”.